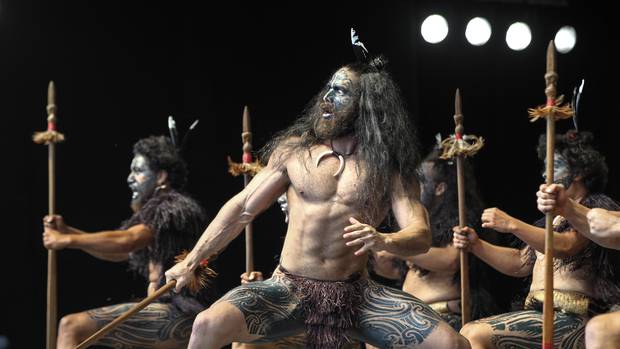 HAKA: THE MOST POWERFUL IDENTIFIER FOR THE ALL BLACKS, USED AGAINST US

Pānui
HAKA: THE MOST POWERFUL IDENTIFIER FOR THE ALL BLACKS, USED AGAINST US

HAKA: THE MOST POWERFUL IDENTIFIER FOR THE ALL BLACKS, USED AGAINST US

The haka is one of the most sacred and traditional rituals for Māori that extends far beyond the theatrics of the sporting arena. Eruera Keepa explores the true meaning of the haka and how the very essence of this was used by the England rugby team, to beat us.

Much has been said in the aftermath of the All Blacks loss to England, particularly on the formation in response to the haka. Only two days ago, England were reprimanded and fined as world rugby regulations state opponents must not cross the halfway line while the pre-match haka is performed.

Firstly, I want to say the haka was not the reason we lost. Man for man, strategic approach, excellent coaching and a bit of luck ensured the scoreboard favoured the England team, quite comfortably too in the end – good on them!

I am, however, a firm believer in signposts and “tohu” – you’ll often hear this word by Māori when something out of the ordinary pops up and it’s only until later you realise there was a connection.

To give some cultural context to the “theatrics” of what unfolded before kick-off from the weekend, let’s first begin with what traditionally happened on the battlefield between Māori tribes during times of warfare and where the haka originated from.

Before the battle commenced, several rituals and tactical responses took place. Each side in battle explored various options and one of these options was the haka. It was an opportunity to display power, timing, coordination and ferocity. An opportunity to show the combat and prowess of the party and dependent on how well executed it was, often ensued a battle never took place.

Māori employed several battle tactics and formations dependent on the landscape, size of the enemy party and overall plan. What we’ve become accustomed to seeing from the All Blacks during their haka is the Kurutao (arrowhead) formation – this formation was traditionally used if there was a slight decline towards the enemy. The downhill momentum helped pierce the line of defence, making it easier to combat the enemy.

Predictability is a big no-no in the context of any warfare, let alone using it and not understanding that there’s always a counter-strategy. Perhaps we all just thought the sole purpose of the haka was the theatrics and entertainment.

Imagine Joseph Parker knowing exactly how Anthony Joshua was going to position and maneuver himself in the first round – the All Blacks were sitting ducks psychologically, physically and spiritually.

As mentioned earlier, this was not the reason the All Blacks lost. The events of Saturday night have been interpreted hundreds of times now, and funnily enough, mostly by non-Māori who only appreciate the superficial aspect of the haka.

Dig a little deeper and you’ll see the essence of the haka was cunningly used against us. Funny that, the most powerful marketing tool and identifier for the All Blacks, used against us. I can only say good on England for taking the time to respond strategically to the haka and taking this important aspect of the All Blacks’ psychological preparation into account.

There’s also commentary to support this view by the way the English totally controlled key moments, specifically the moments before kick-off. From the adoption of the Kurutao Huaki, to the length of time it took to take their tracksuits off. Completely controlling the space, the energy and the time.

Of course, there’s a way to combat any approach adopted by opposition teams when facing the haka. This will require another layer of understanding and I hope the All Blacks can be responsive to those moments in the future and control the mauri of that space. I’m only an email away to help build that understanding, to ensure our most sacred and traditional ritual is used for our benefit instead.